“One of the most Googled questions neurotypicals ask about dating on the autism spectrum is, ‘Can autistic people fall in love?’” says Tasha Oswald, Ph.D., a licensed psychologist, on her blog series Dating on the Autism Spectrum. “To be honest, this question always catches me off guard,” she says. “Of course, they can.”

For those of us who know and love people on the spectrum, the question may be: how is this myth still around? For one thing, widespread abelism in our culture means that media often depicts love as happening only between people who match some arbitrary standard of ability, beauty, intelligence, or “cool” that the majority of us don’t meet. This perception is compounded by the communication differences that are a defining feature of autism: autistic people either have difficulty communicating or communicate differently than neurotypicals, including expressions of love and attraction. Additionally, sensory differences can make physical expressions of love a little more complicated, requiring explicit communication that, again, may be a challenge. And of course, it shouldn’t be missed that in general, love can be an overwhelming and confusing part of the human condition, including, but not limited to, autistic humans.

The fact that autistic people experience the full range of human emotions, including love, is indisputable.

A recent article in the journal Autism examined the lived experience of autistic mothers with children ages 5-15. Answering open-ended questions in a semi-structured interview, mothers spoke of their connections with their children using the words “love,” “bond,” and “complete adoration.” Reading their accounts highlights that in spite of the barriers many of them face, their emotional experiences are quite familiar. For instance, one expressed that she felt worried that her love for her second child wouldn’t be as strong as it was for her first – a nearly universal experience of parents of multiple children (Of course, in the end she was “pleasantly surprised” that this wasn’t the case.).

Austin John Smith is an autistic blogger who has shared his experience moving in with a girlfriend and getting used to living together before getting married. As he writes lovingly about their day-to-day lives, he describes the things they have in common, their differences, how they share their emotions, and how they support each other. Smith says, “I love her more than anything in this whole world, and I am 1000% willing to go through anything with her…”

But these are stories of autistic folks who can speak and express their feelings. What about those who are unable to communicate verbally?  Laura Cunningham has first-hand experience. The Pueblo, Colorado, woman adopted her son, Spencer, when he was 11. He’s 19 now. He’s on the spectrum and is non-verbal. But “he feels love,” his mom says. Not only does he hug her and hold her hand, but he also has his own way of expressing emotion, one example of which chokes her up. It was the beginning of the school year, and she was talking to him about school. Spencer was excited and did something he had never done before: he picked up his phone and found certain sections of songs that he wanted to play for her over and over. The meaningful lyrics were his way of expressing what he was feeling.

Although difficulty in love has been the subject of countless songs, stories, and myths since the beginning of time, autistic folks may have additional strains on their emotional connections. Sensory differences mean that the types of physical expressions of love that our society views as “typical” may not serve the same function for autistic people. For instance, the sensation of kissing may not spark the same warm feelings in an autistic partner that a neurotypical person would expect. Reading social cues, being flexible to accommodate a partner’s needs, and expressing their own emotional needs can all be challenging for autistics. For non-verbal autistic people, expressions of affection can be tragically misunderstood; one mother of a non-verbal autistic teenager named Sam related that “if a 17-year-old boy in his high school puts his arm around somebody, that’s considered fine. My son puts his arm around somebody, he gets an incident report.” 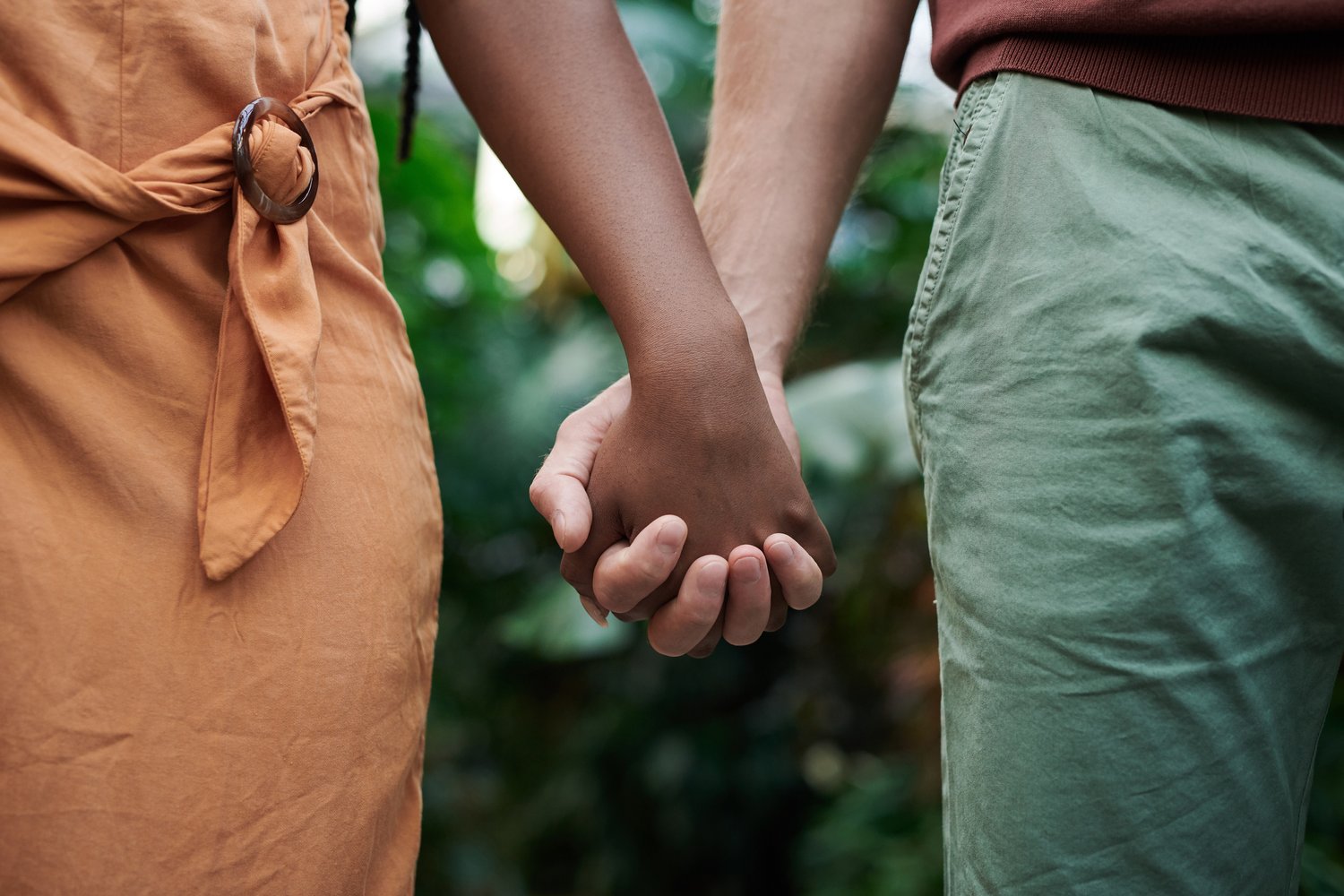 Support: Translating to the other side.

Autism expert Peter Gerhardt repeated a question posed to him by a friend on the spectrum: “if you neurotypicals have all the skills, why don’t you adapt for a while, damn it?”

So, what is society doing to support autistic people in their human quest for love? There are certainly more resources today than there were a decade ago, with support groups devoted to neurodiverse couples, books and resources for autistic people, online communities where neurodivergent people can support each other in their relationship challenges, and even a television show devoted to the topic, Love on the Spectrum.

Even so, more mechanisms for support are needed. Gerhardt says, “When I talk to professionals about the issue of sexuality and relationships on the autism spectrum, they often say, well, parents don’t want to deal with this, parents are afraid to deal with this. And then when I talk to parents about the issue, they say, well, professionals don’t want to deal with it. So, what ends up happening, is nobody deals with it, and it becomes, sort of this, you know, elephant in the living room that nobody is really dealing with.”

Society often sends the message that there is a “right way” to express love. People who love someone with autism and are loved by them know that affection can be expressed in a wide variety of ways. Still, that societal standard of what is “right” can lead autistic people to try to be someone they are not.  Anyone who has tried to be a “better version” of themselves for a partner knows how much energy it takes and that the relationships often fail. Masking is stressful and harmful. We can all help to destigmatize love among people with neurological differences and work to find more ways to support our autistic brothers and sisters in this integral part of the human experience.

Thankfully, there are a lot of beautiful success stories out there. Austin John Smith writes of his wife, “Despite all the good times we have had, there have been times where being on the spectrum has made things difficult for Annie and me. What can I say? I’m not perfect. I never will be. I just am who I am. But what I do each and every day with her is what I consider trying to do my best.” We should all be so lucky to have a partner with his perspective.